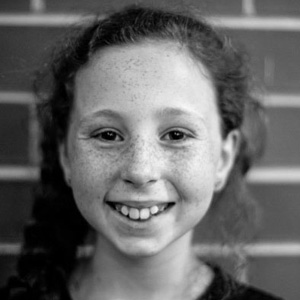 When Doctor Frankenstein's ancient secret book arrives from Transylvania, science nerds Frankie and Irving are whisked into a sci-fi fantasy of time-warped, weirdly scary and lively adventure! To compete in the upcoming Science Fair, Frankie needs a brain for his new monster. To complete the creation, Frankie’s friends, Irving and Helga, sneak into the science lab to grab a monkey brain! Hilarity ensues, as they mistakenly collect the brain of poor Fluffy, a sweet little puppy dog. As a result, a surprising monster is presented to the Science Fair! As the Monster terrifies the entire village, science teacher, Mrs Newton, comes to the rescue. For only she can stop the terrible brain transference!   With a cast full of nutty characters, providing frightfully funny laughs, will the villagers be able to return Frankie’s lovable monster and restore order before it’s too late? 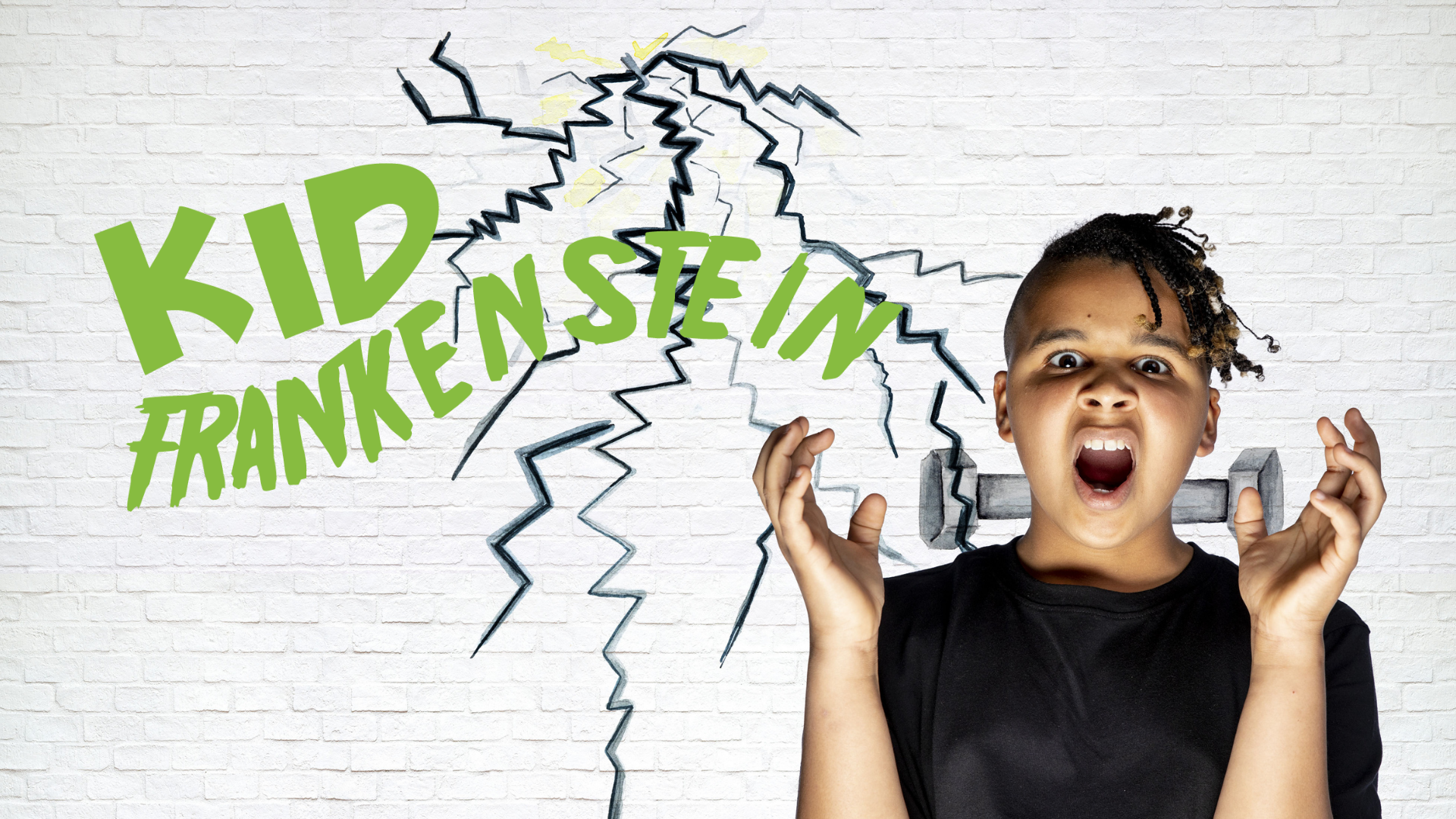 Consider yourself part of the family, and join us for Oliver!, the Tony and Olivier Award-winning musical adaptation of the classic Charles Dickens’ novel. The streets of Victorian England will come to life on the iconic Civic Theatre stage in Hunter Drama's grand staging of this well-loved classic. Oliver, a malnourished orphan in a workhouse, becomes the neglected apprentice of an undertaker – he escapes, finding acceptance amongst a group of petty thieves and pick-pockets led by the elderly Fagin. When Oliver is captured for a robbery that he didn’t commit, the benevolent viction, Mr Brownlow, takes him in. Fearing the safety of his hideout, Fagin employes the sinister Bill Sikes, and the sympathetic Nancy, to kidnap him back – threatening Oliver’s chances of discovering the true love of a family. Featuring songs such as Food Glorious Food, Consider Yourself, Where Is Love, Oom Pa Pa, As Long As He Needs Me, and more. Oliver! is one of the few musicals to also win an Academy Award for Best Picture, and is widely hailed as a true theatrical masterpiece by actors and audience members alike.

Please sir, I want some more. 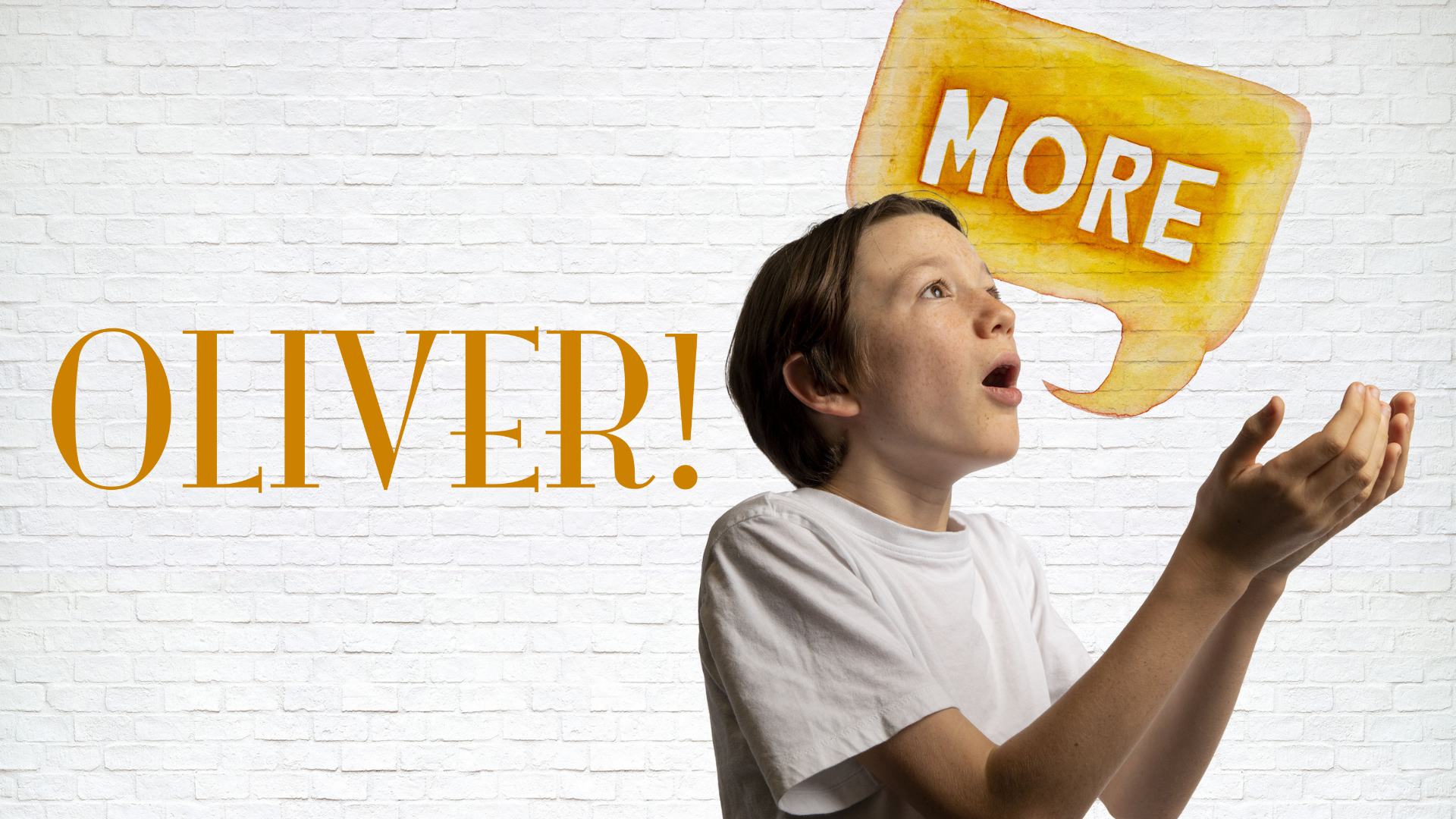 Alice In Wonderland JR.
Originally planned for our 2021 season, we celebrate the 10th Anniversary of Hunter Drama’s original production of Disney’s Alice in Wonderland JR. Based on Lewis Carroll’s 1865 classic novel of the same name, Alice in Wonderland invites you into a topsy-turvy musical wonderland, where nothing is as it seems and curious creatures defy logic at every turn. With method in the madness, Alice’s fantastical adventure unfolds with the discovery that no matter how “curiouser and curiouser” the world becomes, she will ultimately always be Alice!  Join Alice as she falls into the madcap world of Wonderland and meets an extraordinary carnival of characters, including Tweedledee and Tweedledum, the Mad Hatter, March Hare, Cheshire Cat, the Queen of Hearts, and the frantically late White Rabbit. Featuring updated songs from Disney’s thrilling animated motion picture, Disney’s Alice in Wonderland JR. is a fast-paced take on the classic family tale. 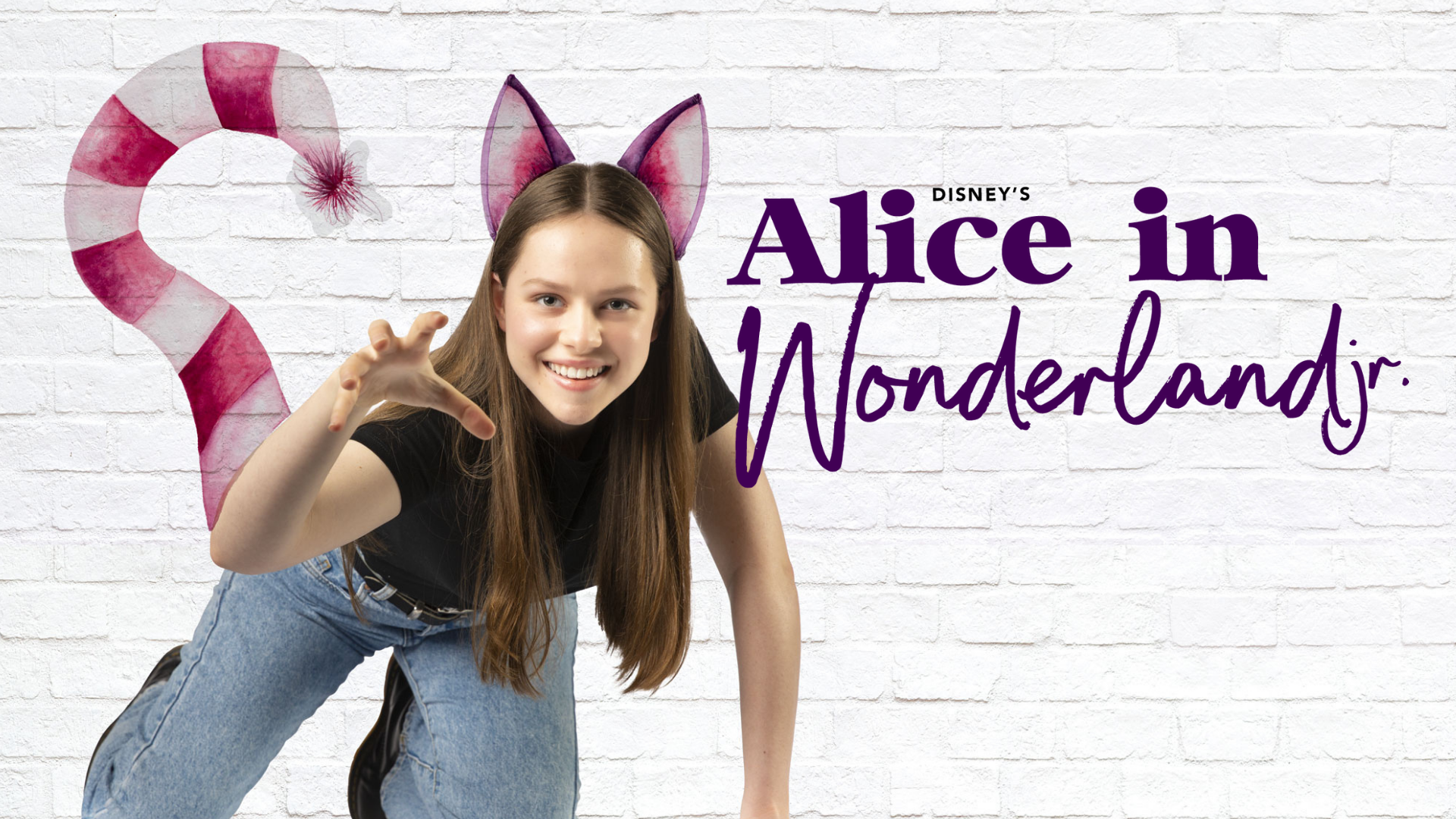 12 Days of WOWFest
On the 12th day of Christmas, my true love gave to me.... Over 500 hundred young actors from within the Hunter Dama family to get you feeling festive! Join us to celebrate the achievements and talents of all of our students in this festive variety of plays, musicals and story-telling. For some, it will be their first time treading the boards, for others, they'll be right at home in front of a crowd. For both, one thing is certain, it’s sure to be an exciting and thrilling showcase to round out the year! Scholarships will also be presented during this festival of festive-ness.

Christmas isn't a season, its a feeling. 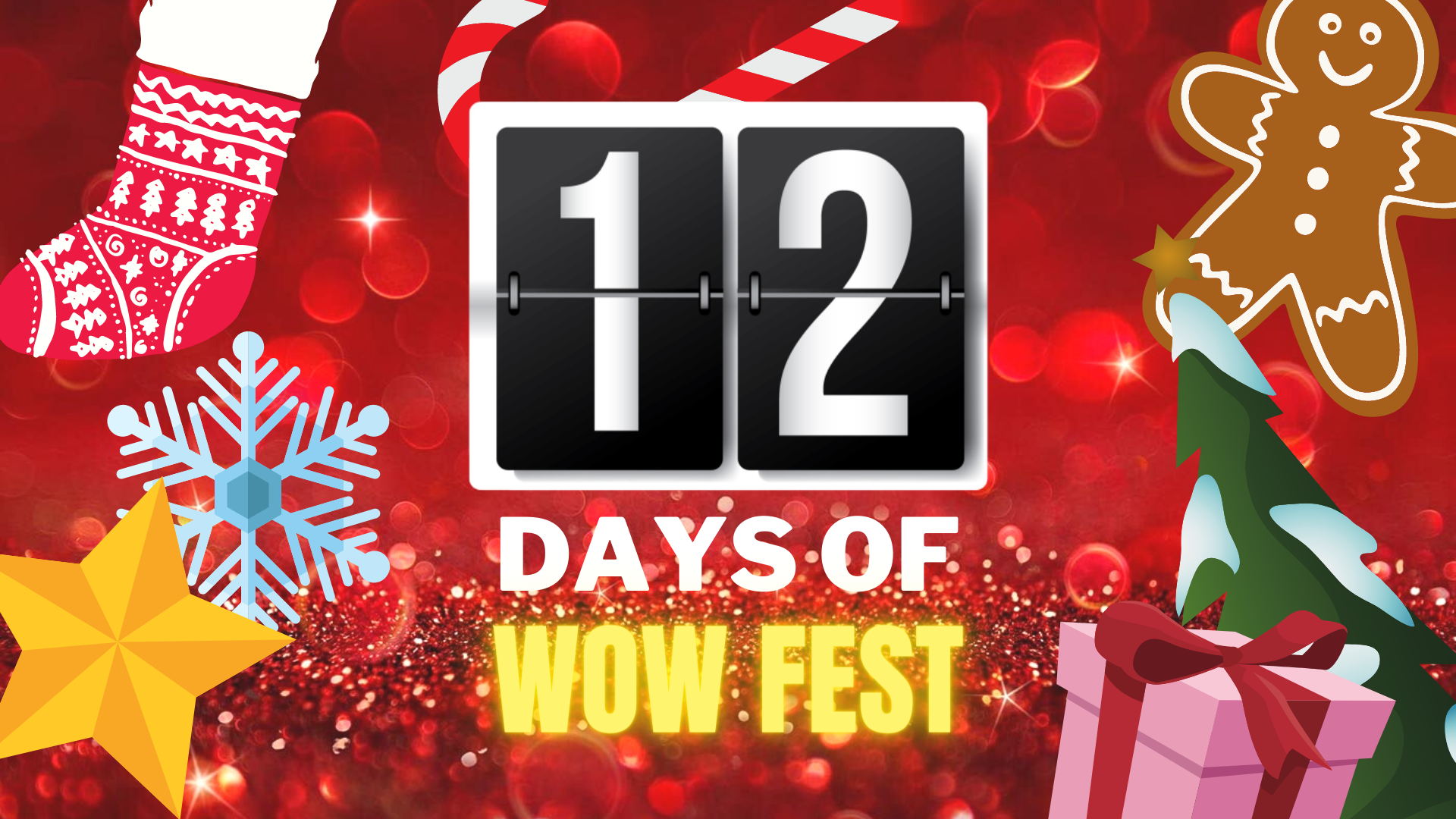 The Shawshank Redemption
When Andy Dufresne is convicted of murder and sentenced to life in the notorious Shawshank prison, he must find a way to keep himself and his hope alive by using his wits and forging friendships. Based on the novella by Stephen King, The Shawshank Redemption brings the story of resilience made famous by the acclaimed film to the stage. This Australian premiere features Hunter Drama's senior students, along with some of the region's most talented professional actors, treading the boards for 4 shows only in the Civic Playhouse.

'Get busy living, or get busy dying.' 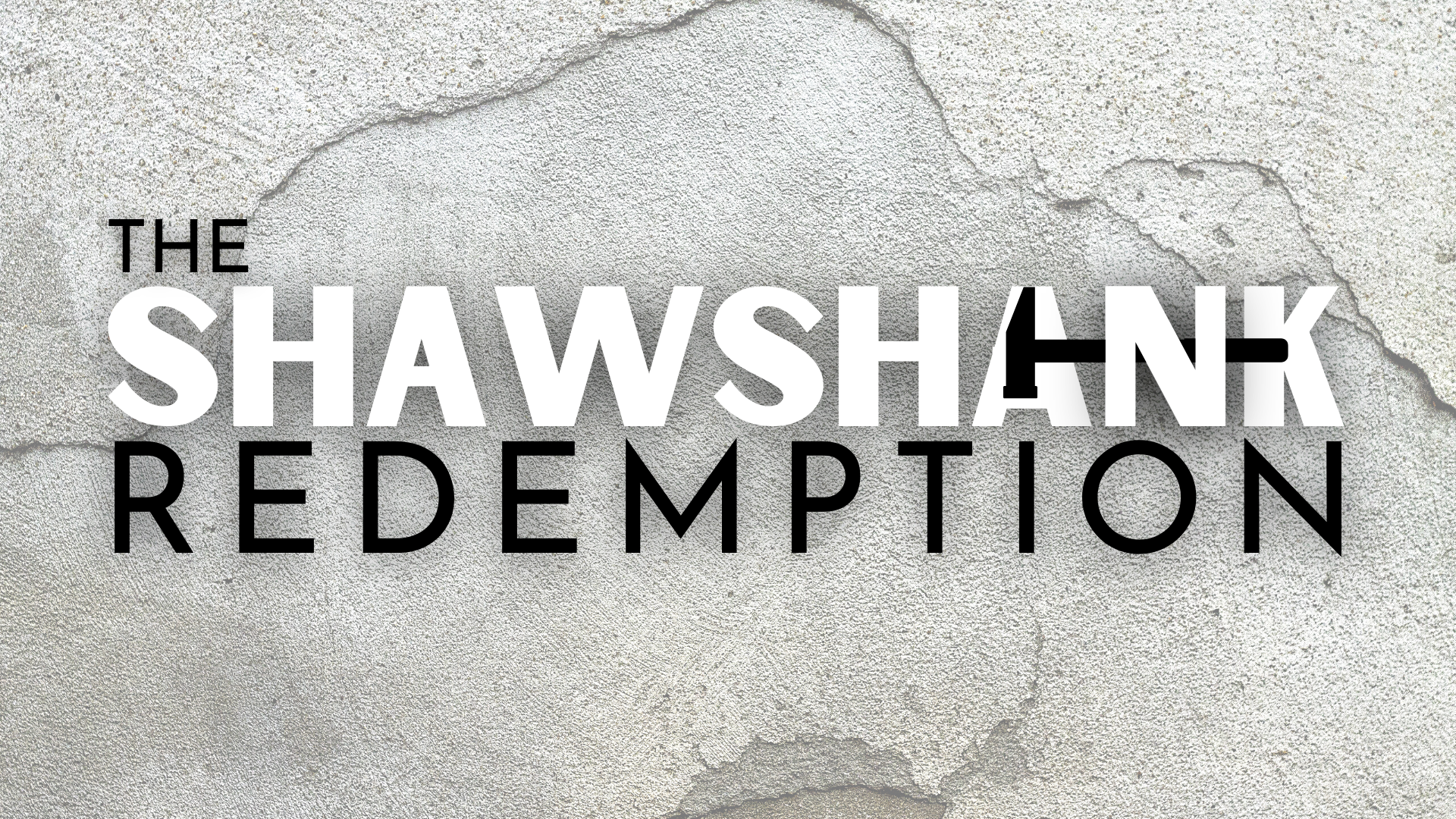 Festival of the Fools
CIVIC PLAYHOUSE NEWCASTLE - buy tickets here CESSNOCK PERFORMING ARTS CENTRE - buy tickets here   Send in the clowns! Hunter Drama students will hit the boards with a comedy avalanche of slap-stick, jokes and gags that will have you rolling in the aisles. Showcasing their extremely dramatic and zany talents, Festival of The Fools will feature the cream of the Hunter’s most talented youth in this mid-year festival where one this is certain...your cheeks will ache!

'Comedy is simply a funny way of being serious.'

Roald Dahl's The Witches
Based on the children's dark fantasy by the well known British writer Roald Dahl, The Witches tells the story of a brave young boy and his Norwegian grandmother as they battle England’s witches. In a world where child-hating societies of witches secretly exist in every country, the witches are ruled by the extremely vicious and powerful Grand High Witch, who has just arrived in England to organise her worst plot ever!

But an elderly former witch hunter and her young grandson find out about the evil plan and now they must do everything to stop it and defeat the witches.

With dazzling effects and creative puppetry, Hunter Drama will bring this terrifying tale to life once again.

'Children should never have baths,’ my grandmother said. ‘It's a dangerous habit.' 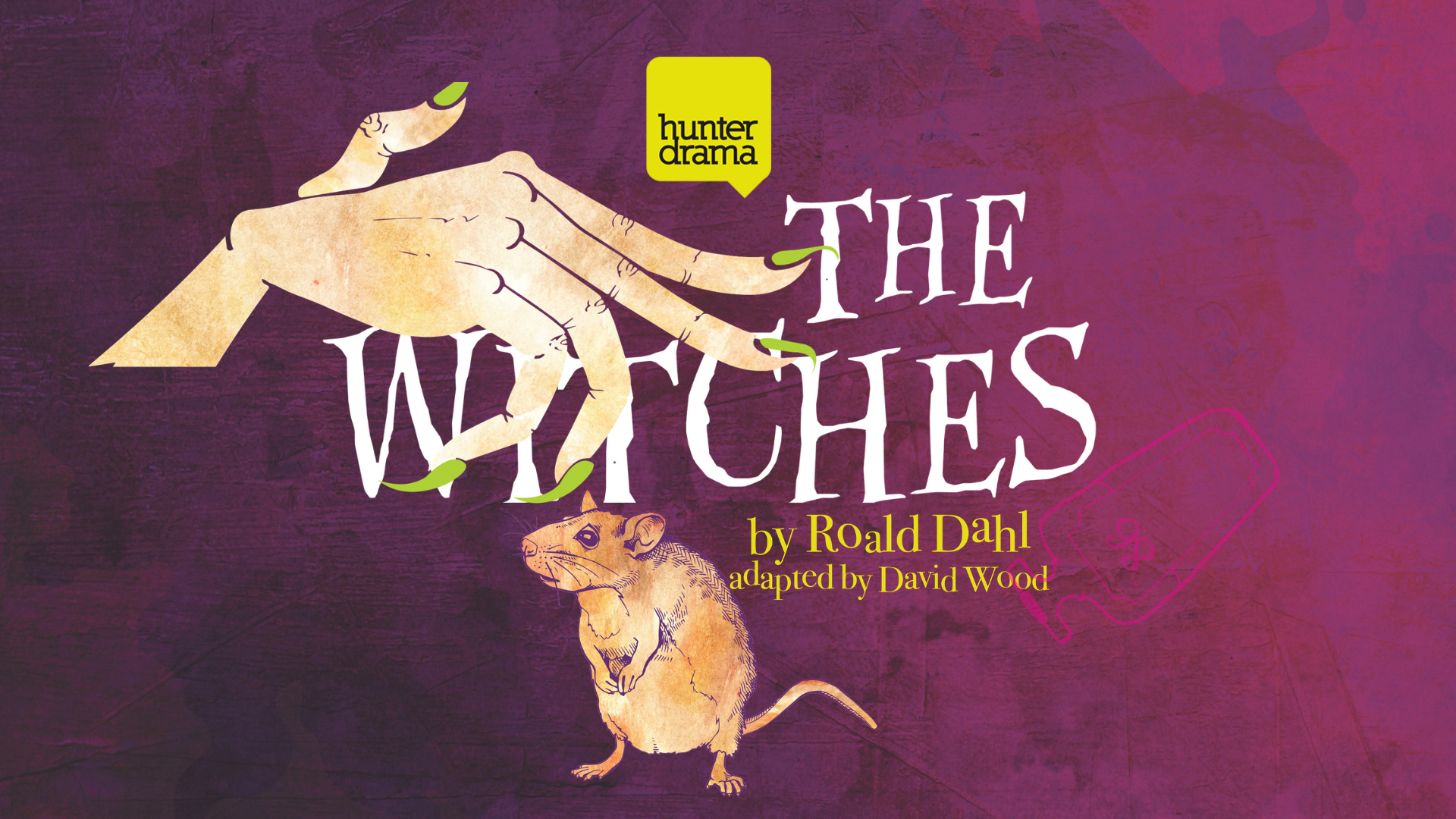 The Wizarding World Of Wowfest
It's WOWFest... at the CINEMA'S!
Where: Cessnock Performing Arts Centre and Event Cinemas Kotara
Performance Dates: December 2020

Almost, Maine - Actor's Company
Almost, Maine is a series of loosely connected tales about love, each with a compelling couple at its centre, each with its own touch of sorcery.
Where: Civic Playhouse Newcastle
Performance Dates: 15th-17th October 2020
Times: Thurs, Fri and Sat evening 7:00pm; Sat matinee at 2:00pm

ONCE UPON A WOWFEST
HUNTER DRAMA STUDENTS TAKE TO THE STAGE TO SHOWCASE THEIR DRAMATIC TALENTS AT THIS END OF YEAR CELEBRATION OF EVERYTHING "WOW"
Where: Playhouse & CPAC
Performance Dates: December 4 to 15

INTO THE WOODS JR.
A NEW TAKE ON THE GROUNDBREAKING MUSICAL FAIRY TALE ABOUT WISHES AND THE CHOICES WE MAKE
Where: Civic Playhouse
Performance Dates: December

Peter Pan JR.
FLY AWAY WITH US!
Where: Civic Theatre
Performance Dates: October 10 to 12

MADAGASCAR: A MUSICAL ADVENTURE JR.
JOIN HUNTER DRAMA: ON TOUR AND TAKE A JOURNEY OUT OF THE ZOO AND ONTO THE STAGE WITH YOUR FAVOURITE CRACK-A-LACKIN FRIENDS FRIENDS FROM THE BLOCKBUSTER DREAMWORKS FILM.
Where: Cessnock Performing Arts Centre
Performance Dates: July School Holidays

Roald Dahl's Fantastic Mr Fox
HUNTER DRAMA HAS BEEN SYNONYMOUS WITH PRESENTING DAHL'S MOST LOVED CHARACTERS ON STAGE SINCE 2007.
Where: Playhouse
Performance Dates: April 25 to 28

DISNEY'S ALADDIN JR.
All your wishes come true as Hunter Drama brings a dazzling production of this Disney family favourite to Newcastle. Hope on your magic carpet and fly to the city of Agrabah!
Performance Dates: SCHOOL HOLIDAYS 2018

Musical In A Week

Always wanted to do a musical but can't commit to the 10 week rehearsal period? Do auditions scare you? Then this is for you!

We have not one but TWO Musical in a Week's for January 2021. Join us during the January 2021 school holidays and have a blast learning performances from the delightful Mary Poppins JR. (High School) or The Jungle Book KIDS (Primary school) during our fun-filled 5 day musical theatre bootcamp, concluding with a performance for family and friends. You will be taken through engaging vocal, dance and acting masterclasses as well as learning in depth character development and the art of story telling through musical theatre. High School Students 11th-15th January 2021, 9am-4pm The 5 day bootcamp beginning on Monday 11th January 2021 concludes with a FREE performance for parents and friends at the Civic Playhouse on Friday 15th January at 6:00pm. Primary School Students 18th-22nd January 2021, 9am-12:30pm The 5 day bootcamp beginning on Monday 18th January 2021 concludes with a FREE in house performance for parents and friends on  Friday 22nd January at 1:00pm. Every student receives a production t-shirt and a musical theatre gift bag with all their resources for the week. Upon completion of the program they will also receive a certificate and a professional headshot. Creative Kids Vouchers can also be accepted!